(CNN)President Joe Biden’s $4 trillion bid to change America is in genuine danger as deep divides among Democrats threaten to gut his domestic agenda and demoralize the party before congressional elections that could hand power to Donald Trump’s Republicans.

Biden is trying to spend huge sums to hand more of the spoils of America’s rich economy to working and middle-income Americans. In a plan that some Republican senators support, he is pushing $1 trillion to mend roads, bridges and transportation systems. A separate $3.5 trillion spending blueprint, opposed by the GOP, would provide universal Pre-K, improve home health care for sick and elderly Americans, add hearing and dental benefits to Medicare and transform the economy to battle global warming. The first package enjoys wide popular support — and the broader one has had small majority support in some recent polls. 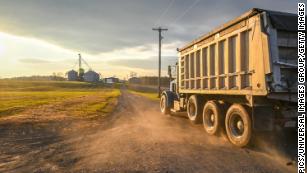 Trump went all-out to win farmer support. Now they’re all in on Biden’s infrastructure plan
The high stakes help explain why Biden’s struggle to enact his ambitious agenda is about more than a legislative wrangle and why it seems unbelievable to outsiders that the biggest roadblock comes from Democrats rather than Republicans.
After Biden admitted Friday that his big infrastructure and spending plans had hit a “stalemate,” Democrats spent the weekend battling over the scope, cost and timing and the corporate and individual tax hikes for the wealthy needed to pay for measures that will define the President’s term.
Progressives had warned they would scupper the $1 trillion infrastructure bill, a centerpiece of Biden’s broad push for national unity, if they don’t also get a vote on the $3.5 trillion bill to remake the social safety net. House Speaker Nancy Pelosi on Sunday evening gave in to pressure from the group by announcing she would bring up the infrastructure bill on Monday, as previously agreed with moderates, but would not call a vote on it until Thursday.
Earlier, Washington Rep. Pramila Jayapal, the chair of the House Progressive Caucus, told CNN’s Jake Tapper on “State of the Union” that “the speaker is an incredibly good vote-counter. And she knows exactly where her caucus stands.”
Enter your email to sign up for the CNN Meanwhile in America Newsletter.
close dialog
“The votes aren’t there,” Jayapal said.
The issue with the progressive gambit is that there are few signs that moderate Democratic senators iike West Virginia’s Joe Manchin and Arizona’s Kyrsten Sinema are yet anywhere near signing off on the $3.5 trillion package. At a minimum they have signaled they would accept a much smaller bill, that might be unacceptable to progressives who originally wanted to spend $6 trillion. Pelosi’s move merely pushed the moment of truth back a few days.
One House moderate, Rep Josh Gottheimer of New Jersey, earlier foreshadowed Pelosi’s shift — though offered a different timeline.
“The bottom line is, what’s important — and the speaker communicated this to all of us yesterday — is that we vote on it early this week. And that’s going to happen,” Gottheimer told Tapper.
This congressional choreography may appear confusing and as dysfunctional business as usual in the capital for many Americans. But the events of the coming days will help shape the path of the country in the years ahead. They will help decide whether Biden will succeed in his bid to use government to alleviate poverty and trigger social change. A fight for the political soul of the Democratic Party is playing out among moderates and progressives. And the coming showdowns, including over economically crucial bills to fund the government and raise its borrowing limit, could show whether the Republican Party succeeds in throttling the Biden presidency — and escapes the blame.
All of this is also playing out against the backdrop of a relentless pandemic that has torn at the country’s ideological and cultural divides and as ex-President Trump, who spewed lies and venom at a weekend rally, accelerates his assault on truth and democracy itself ahead of a likely presidential bid in 2024. All of the confusion and recriminations may carve more divisions, set Americans against one another and discredit Biden’s philosophy of government action itself — exactly the kind of extreme and bitter environment in which Trump’s demagoguery thrives. 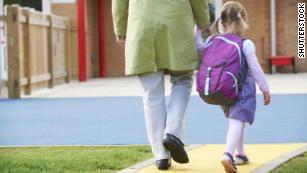 loading...
Here’s what’s in the Senate version of the Democrats’ $3.5 trillion spending plan
While the moderates may have ceded ground to allow more time to build a compromise on the $3.5 trillion spending package, New Jersey’s Gottheimer expressed frustration about the twin-track mechanism on the bills demanded by progressives who do not have the capacity to control the chamber but have large enough numbers to throw considerable weight.
“I can’t explain to anybody why we have this separate bill sitting here, and you have got all these hardworking men and women ready to go to work here of labor, ready to go to work and get this done, and we haven’t voted on it,” he told Tapper.

The $3.5 trillion spending measure represents the most ambitious effort to deploy the power of government to remake the economy in decades. But moderates in the Senate especially worry that the bill is too expensive and expansive and are demanding changes.
The clash encapsulates the ideological struggle at the heart of the Democratic Party and represents a test of Biden’s political clout as President and his party’s success in leveraging a window of power in the White House and Congress.
Biden’s rough political summer, which has seen his approval ratings ebb, amid a resurgence of the pandemic, a messy Afghan withdrawal and a worsening border crisis, means success on Capitol Hill is even more important for his political hopes.
Recent polls have shown that a majority of Americans favor the infrastructure spending on roads, bridges and transportation. That explains why 19 Republicans voted for it in August in a triumph for Biden and validation of his apparently lonely belief that the two parties can work together. And parts of the $3.5 trillion spending bill boosting education, care for the sick and elderly, health care and the fight against climate change also enjoy wide support.
But both bills have fallen foul of the politics of a divided capital and a polarized nation that mean that even reforms that are popular often founder. Tiny Democratic majorities in the 50-50 Senate and the House mean Biden, Pelosi and Senate Democratic Leader Chuck Schumer have no votes to spare. But that hasn’t stopped progressives from sensing an elusive moment to go big on priorities on which many like Vermont Sen. Bernie Sanders have worked for decades. Moderate Democrats, however, fear such a spending spree could cost them their seats, especially in the suburbs that are increasingly important in deciding who runs Washington. Republicans, wielding a filibuster in the Senate and putting up a brick wall in the House, are meanwhile gleefully increasing the possible political cost to Democrats for passing their gargantuan bills.

A shutdown in possible with the economy on the brink

Adding another layer of complexity is a fight over raising the effective limit on how much money the government can borrow. To cement their line that Democrats are irresponsible big spenders, Republicans are refusing to help, even though their profligacy under Trump ballooned the national debt. If the borrowing limit isn’t raised within days, the pandemic-slowed US economy could seize up, causing global shocks. But Republicans appear to be betting Biden would get the blame since Democrats run Washington. They are unfazed by their hypocrisy since Democrats voted many times in the past to raise the debt limit in GOP administrations. 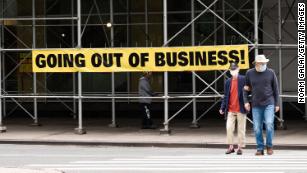 ‘No one would be spared’: Debt default would set off dire consequences
Adding to the extraordinary tensions in Washington this week, the government could shut down within days if Democrats do not manage to pass a temporary funding bill. Senate Republicans plan to kill that measure because Democrats have included a provision that would raise the debt limit.
The ingredients for a classic Washington meltdown are all in place.
While the bipartisan infrastructure bill is a rare example in recent years of Republicans and Democrats both having a political incentive to work together, Senate Minority Leader Mitch McConnell of Kentucky and House Minority Leader Kevin McCarthy of California appear to have settled on a position of total opposition to deny Biden political achievements.
Democrats of all persuasions argue that it is imperative for them to live up to promises made to voters in 2020 to have any chance of clinging onto power in next year’s midterm elections, which the redistricting of seats and the history of first-term presidencies suggest are already difficult.
The mood of Democrats has been hit by a series of recent reversals. The conservative majority Supreme Court seems to be on a path to overturn the right to an abortion. Then, a police reform drive that grew out of the most sweeping civil rights movement in decades following the death of George Floyd failed. Its Republican sponsor, South Carolina Sen. Tim Scott, who may well have future presidential ambitions, took refuge in the 2020 Trump slogan that Democrats want to “defund the police” in explaining the collapse of bipartisan talks. Democrats like New Jersey Sen. Cory Booker deny the claim. Hopes among liberals that the Senate will pass a bill rolling back GOP state measures that suppress voting and make it easier to meddle in future elections look dim unless Manchin and other Democrats overcome their resistance to modifying filibuster rules.
There is no guarantee that passing massive social spending bills will work for Biden and the Democrats politically. The Affordable Care Act for instance didn’t prevent then President Barack Obama’s Democrats getting a hammering in midterm elections in 2010. But the measure remains on the books in an example of how important it is parties to use power when they have it.
In the end, that example may be what drives Democrats together this time.