Want to take a swim, but you are still a germophobe and the sea water is too dirty for you? Let us not make a big fuss about it, cause a pool that stretches over 20 hectares will be second to none as a superb experience where only the ones that really respect themselves will go. 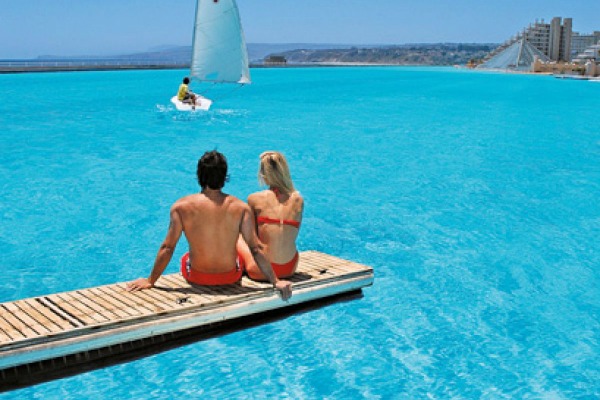 According to luxurytopics.com. San Alfonso del Mar is a private resort in Chile, which among other things, contains the largest pool in the world…

According to the Guinness Book of Records, none of the other pool on the planet does have a larger area than this. It covers a total of about 20 hectares, but the fact that this resort has a cornucopia of tourists from around the world is certainly not surprising. 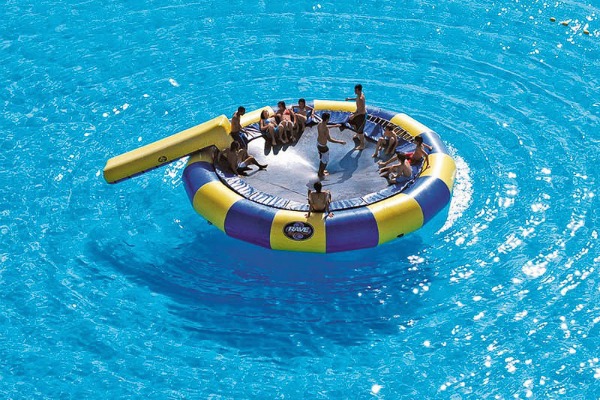 At any time, the pool contains about 250 million liters of filtered sea water, which originates from the Pacific Ocean, located just in front of it. The depth of the pool ranges, while its deepest point is 35 meters. 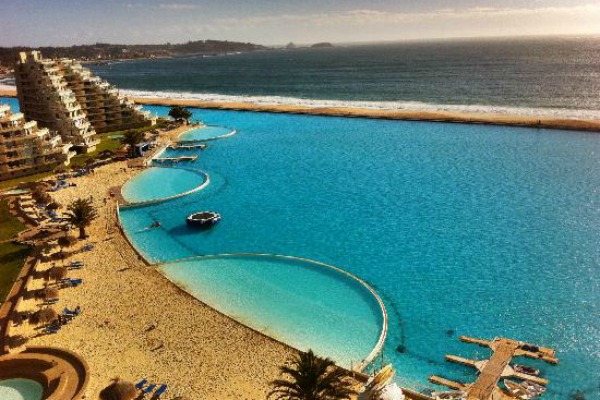 Otherwise, this is an unrealistically large piece of work is a miracle of Chilean businessman Fernando Fishman, who has worked on this project for five years. The pool is open since 2006, and its construction cost about two billion dollars – the water filtration system only cost about $ 3.5 million. 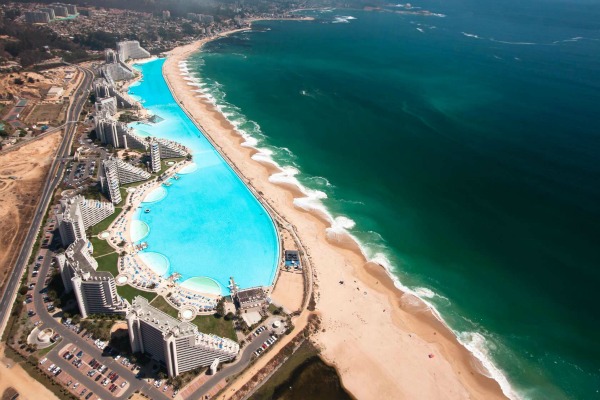 This pool is so large that it is often called a lagoon, and in it, you can have fun activities that you normally would on the surface of open water, such as kayaking and sailing. 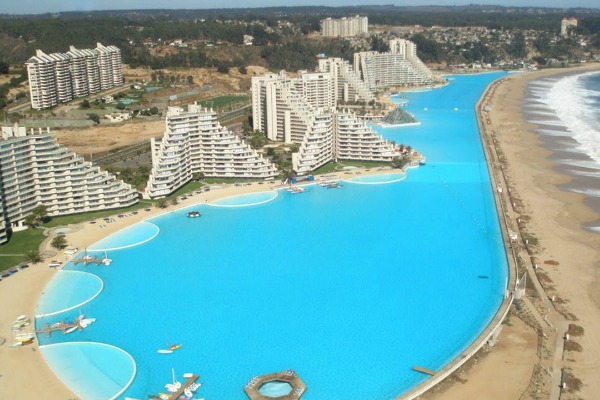 As Fishman says, he and his company have built an impressive artificial paradise. “As long as we have access to unlimited salt water, the pool will be open, while it does not cause any damage to the ocean,” said Fishman. Would you swim in this pool?