In the largest resort on the Mediterranean coast of Turkey, Antalya, there are many luxury hotel complexes with accommodation conditions adapted to even the most demanding tastes. But the rent is proportional to the requirements, so VIPs have to pay over 10,000 euros per night to benefit by such accommodation.

One of the luxury hotel resorts in which British and Arabian royal families have spent their holidays, as well as some of the richest people in the world, including Roman Abramovich, is Calista Luxury Resort in Antalya. 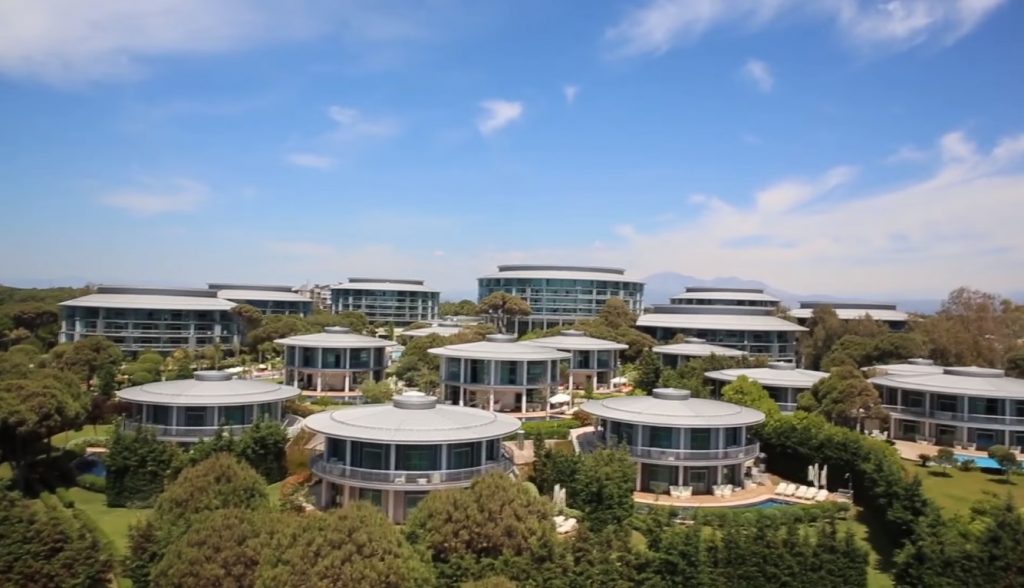 Calista Luxury Resort is a five star luxury hotel complex placed on the seafront, about 7 km from the center of Belek. 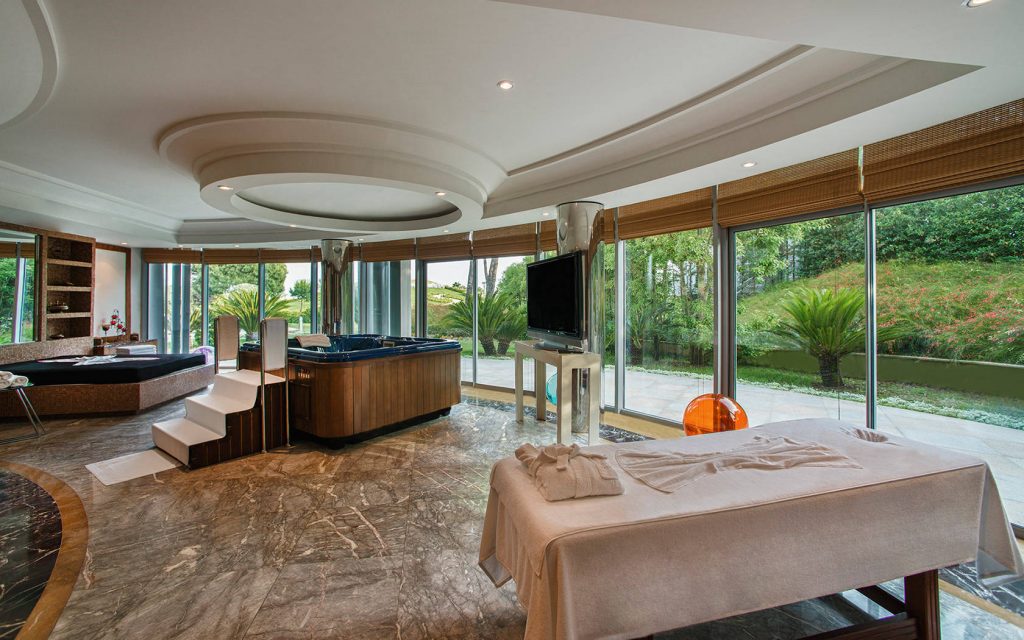 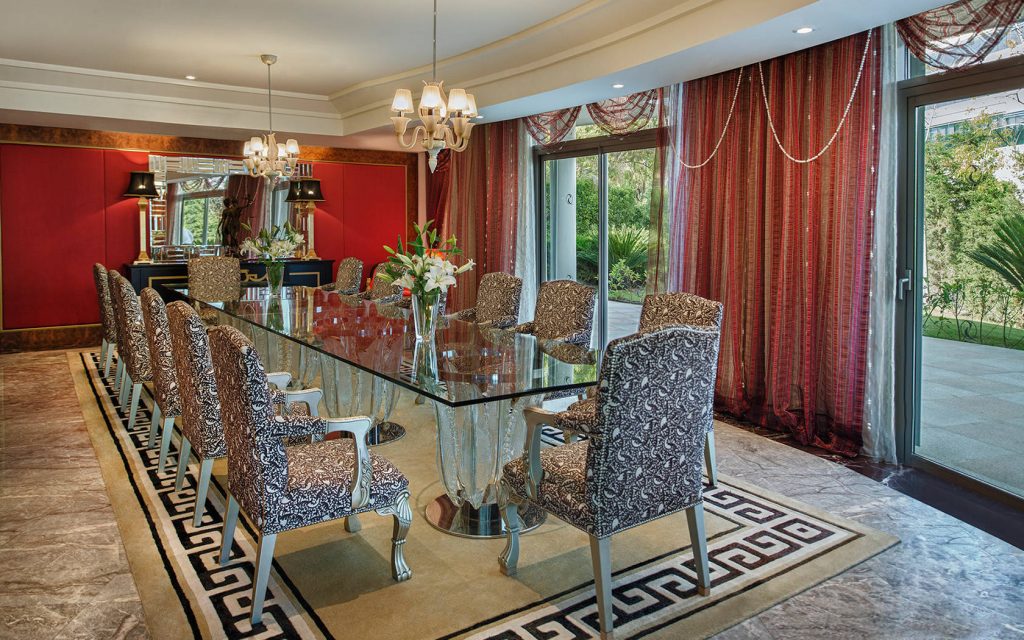 The complex, which housed former US President Barack Obama at the G20 summit in 2015, offers the highest standards of accommodation in Villa Leo, which has a total area of 1,500 square meters and is built on a 2,500-square-meter plot of land. 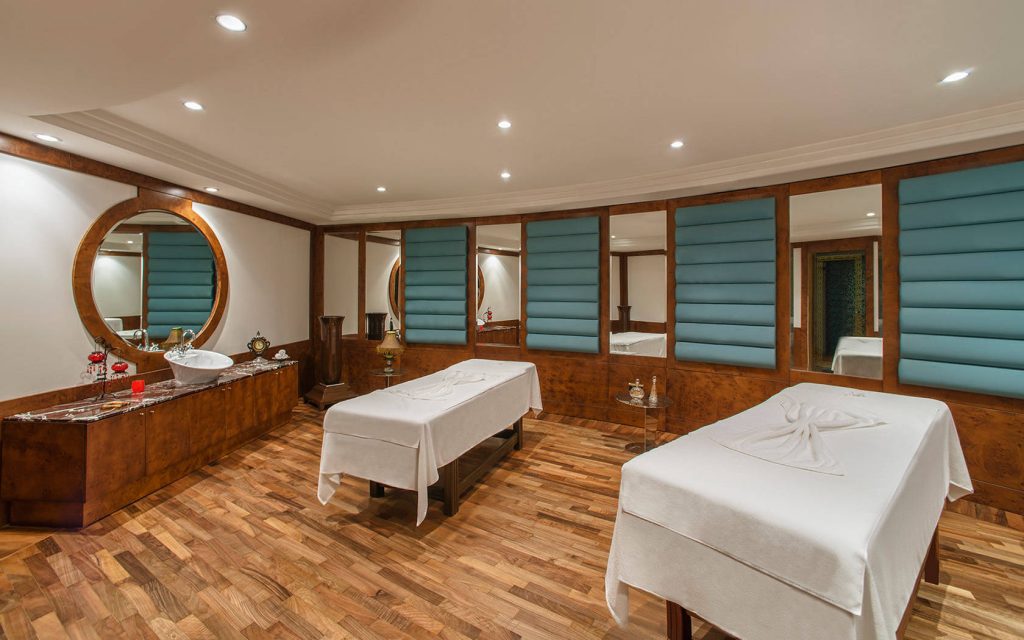 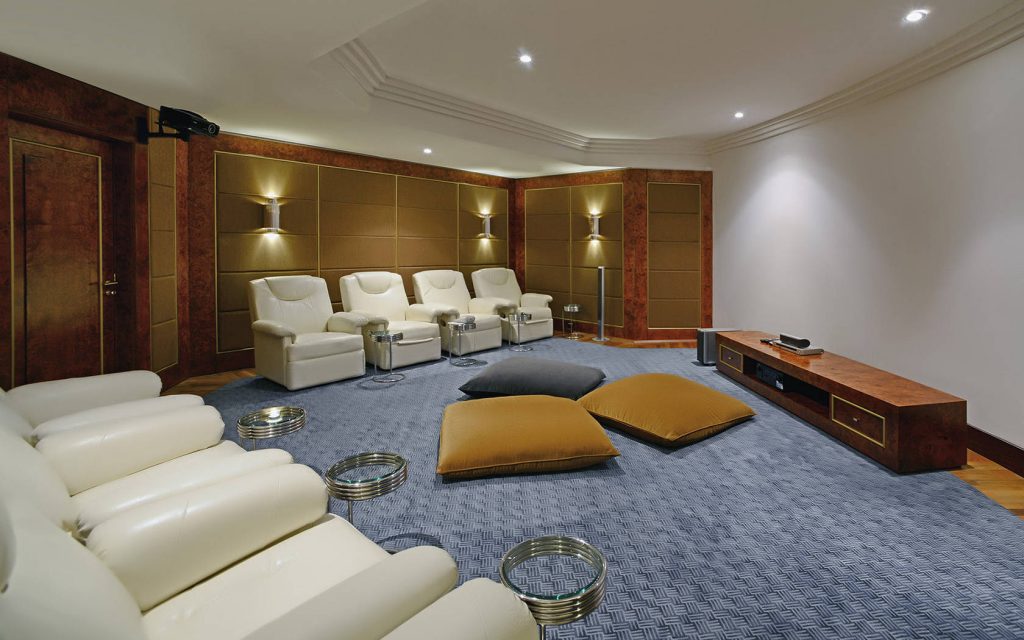 The villa fits for maximum 18 persons, and the price varies between 12,000 and 15,000 euros per night for up to 10 people, depending on the season. However, the price increases for groups larger than 10 people. 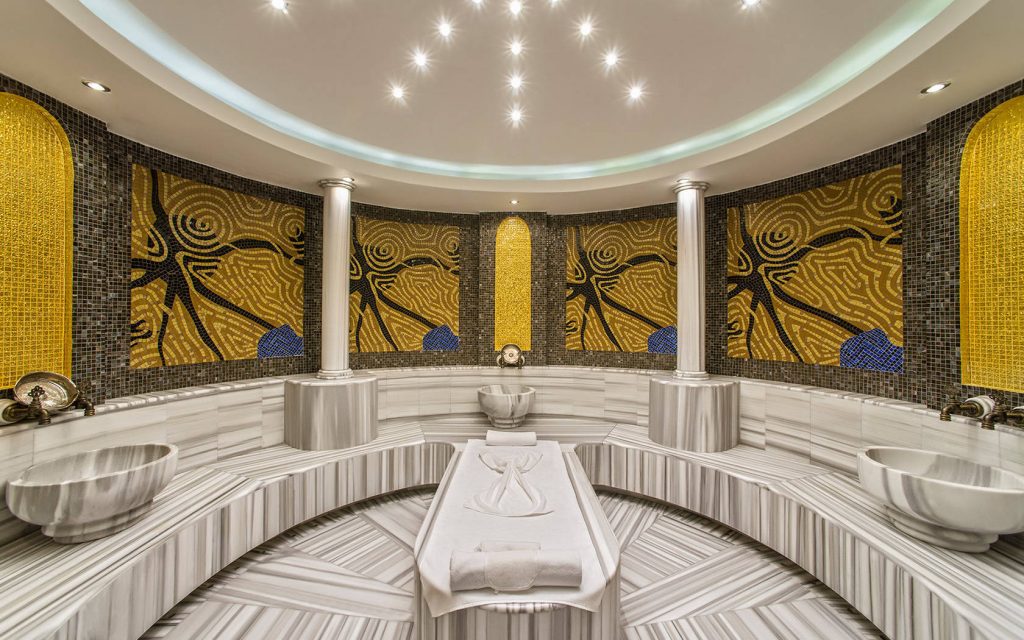 Here, the luxury abounds everywhere, starting from the hallway, where is a giant eye-watering chandelier, up into the marble-covered bathrooms with gold-plated equipments – even the hairdryer is gold plated. The villa has also a dining room with furniture made by a famous London designer, a room with home cinema, a hobby room where you can play billiards, darts and table football, and even a fitness room, a Turkish bath, a sauna, massage rooms, a steam bath and a 150 square meter pool. The villa also has its own staff that caters the guests, from waiters, chefs or maids. 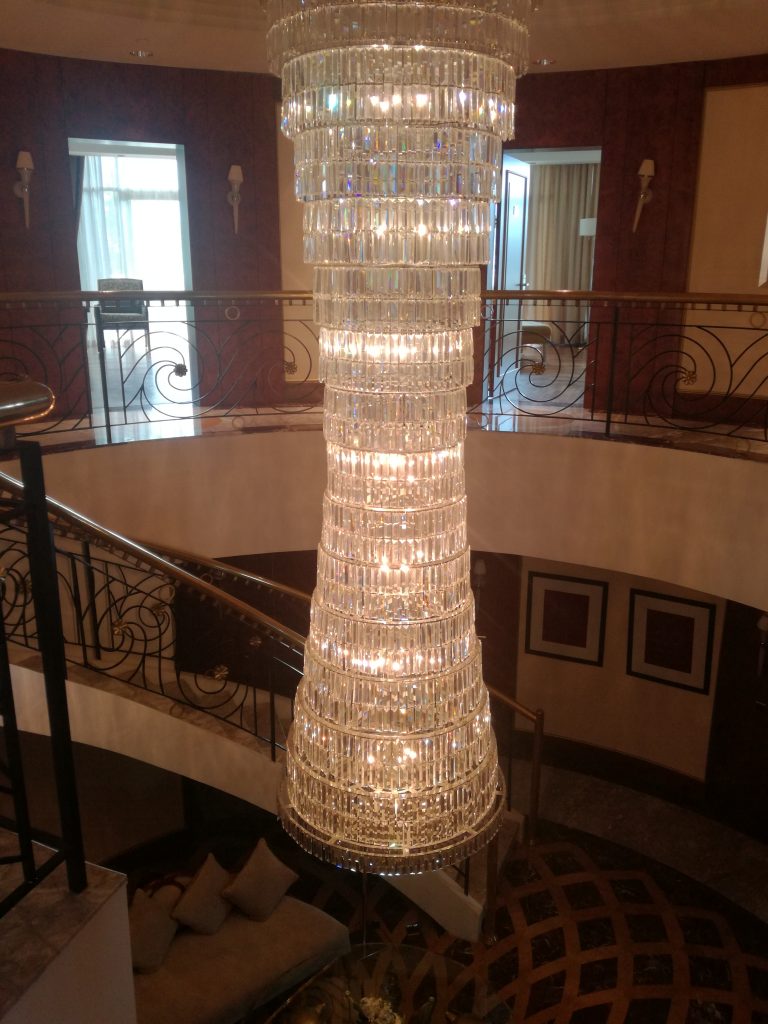 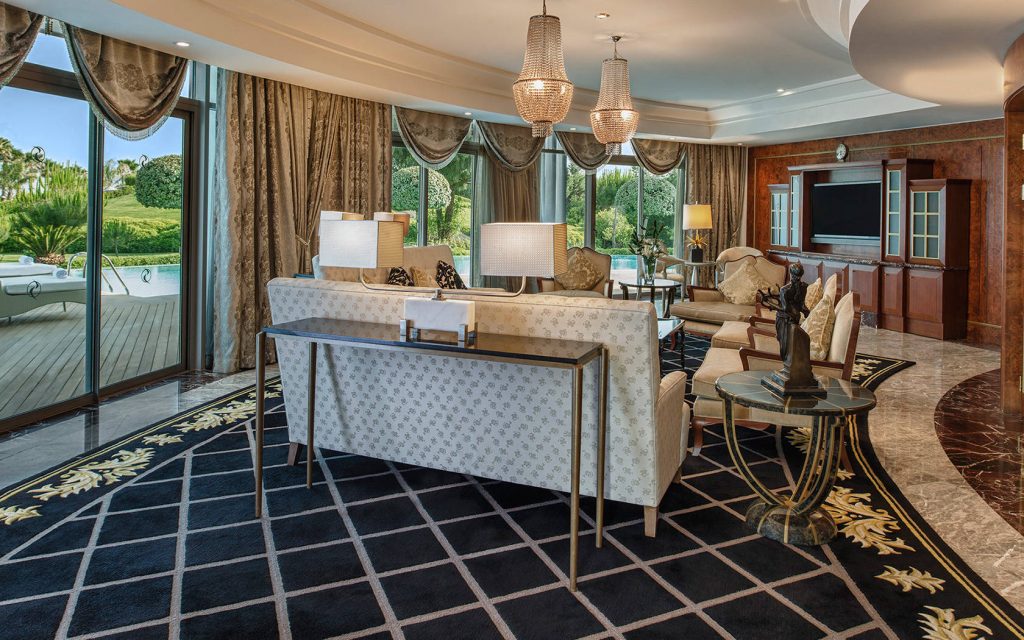 According to Gursel Kaya, Sales & Marketing Manager at Calista Luxury Resort, a businessman from Kazakhstan comes here every year to spend his birthday, at the end of May, and rents the villa to fulfill any desire, from organizing his own Miss contest, to broadcasting a TV talk show. 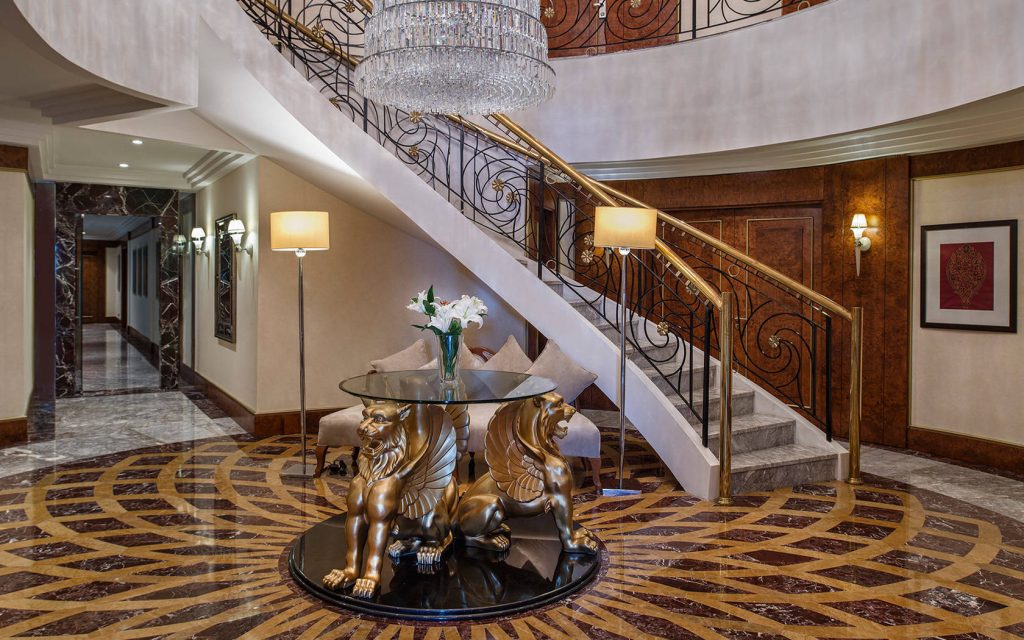 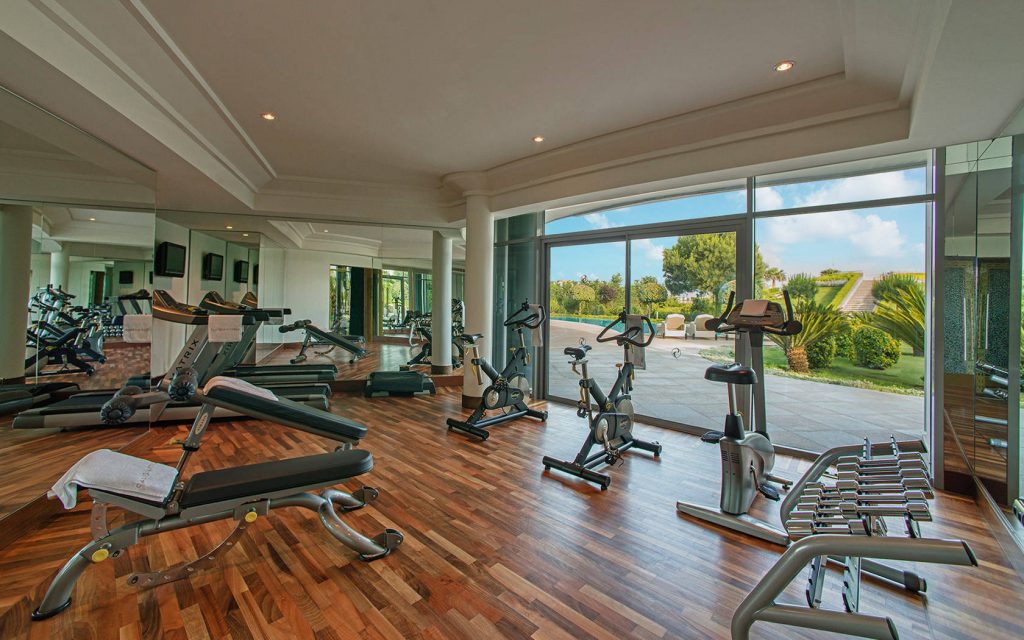 Calista Luxury Resort was opened 10 years ago, after an initial investment of over $100 million, according to Ali Kizildag, general manager of the accommodation unit.