Two murals by British street artist Banksy have appeared at London’s Barbican centre to mark an exhibition of the work of Jean-Michel Basquiat, a U.S. artist who achieved fame through the New York graffiti scene.

One references Basquiat’s 1982 “Boy and Dog in a Johnnypump”, showing a boy being searched by police officers.

“Portrait of Basquiat being welcomed by the Metropolitan Police – an (unofficial) collaboration with the new Basquiat show,” Banksy said of the work on his official Instagram feed. 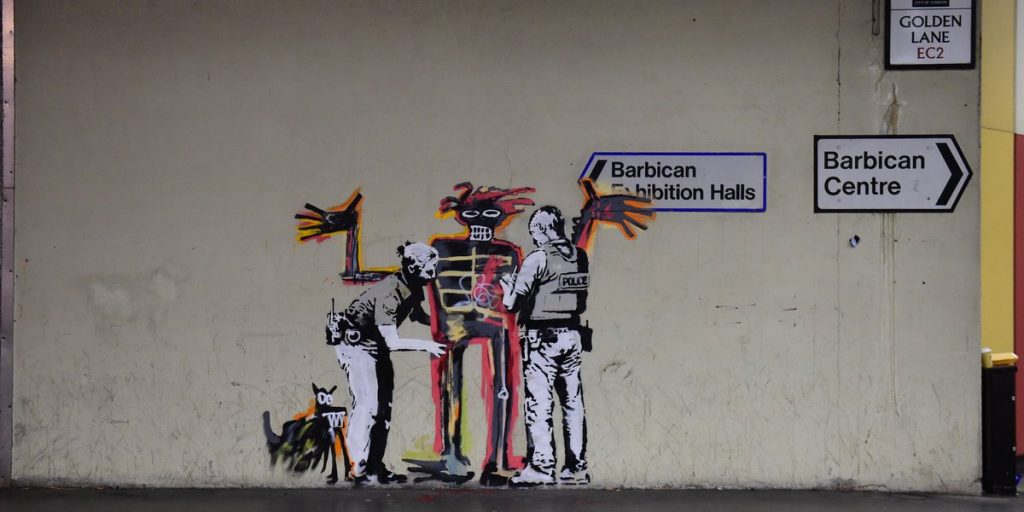 The second depicts people queuing up to ride a Ferris wheel with carriages shaped like crowns, referencing Basquiat’s 1983 “Crown”.

The Barbican show “Basquiat: Boom for Real”, is the first large-scale exhibition in Britain of the work of the artist, who rose meteorically in 1980s New York and died aged 27 of a drugs overdose.

“Major new Basquiat show opens at the Barbican – a place that is normally very keen to clean any graffiti from its walls,” Banksy said.

Banksy, whose keeps his identity secret, rose to prominence through street art in the English city of Bristol in the 1990s.

His works, often stencilled onto the outside walls of buildings, combine humour and social commentary.

It's a boy! Belgian zoo delighted at Asian elephant's birth